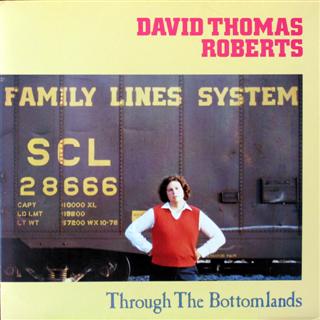 I have little interest in supplying listeners with "purely musical" analyses of my works. Such observations can be made by others, as the "purely musical" is generally evident, or at least potentially evident, to musically educated listener-students. I find it irritating that so many serious composers who write their own liner/program notes devote the space to formal discussions that could have been authored by the common academic. Not only do I feel obligated to here leave alone formal analysis, I believe that to devote more of this space than is essential to the merely objective would be wasteful. I am interested in sharing with you information about this music that could have reached you from no other source.

Since early childhood I have been writing, painting and composing. I remember no early time when my identity was ambiguous, my goals uncertain or my inclinations unrevealed. I did not identify with people around me but with "historical" figures. The assumption that I was akin to the people whose acts were preserved in books and that I too would enter the encyclopedias seems to have always been with me. I felt estranged from children and adults, particularly the former, and remained disappointed in both. The anguish of school life was a force that persists in affecting my associations with all people.

Moss Point is a paper milling town on the Escatawpa River just off the Gulf coastline. There the coastal marshworld meets river swamp to compile a roaring dictionary of greens. Bordering the wetter passages are pockets of the vast pine forests which overspread south Mississippi. To the north, along the Pascagoula River, there is preserved one of the few major river swamps remaining intact in North-America. Southeast of Moss Point, on the fringes of the swampy terrain that melts into bayous and open water, is the village of Kreole, and to the southwest is the old port and ship-building center of Pascagoula. In this collage of vegetation, industry and beach I was born.

One of my most reassuring associations with Moss Point and Kreole is the memory of the late night beeping and clacking of the paper mill as I lay on the verge of sleep. Moss Point... that sad river town with its box cars, shrimp boats, dark greens, half-cleared lots and starvation for intimacy whose somber lyricism goes on quivering in my dreams, on desks, in pianos and windows...

I have always been moved by props, often far more than by the human activities for which they were devised. An assembly of objects without the visibility of their makers or utilizers intimates qualities that will always preoccupy me. The untranslatable body of intrigues voiced by isolated houses, shut-down communities, lost articles, farm or construction equipment unattended, warehouses, railroads, the props of the highway... Such quiet marvels are central to my visual life. And not only are they carriers of the most urgent mysteries, evocations and possibilities; they are vehicles of the deepest, dire longing.

I have sporadically pretended to love objects more than people. There have been many favorites-road signs, gravestones, airships, devices of punishment (1 owned a full-sized, functional guillotine and stocks which I displayed in the yard when I was eleven), wind stockings, and, of course, random combinations. Utilitarian artifacts even more than art objects received attention that, under other circumstances, could have been claimed by humans. Objects in combination with terrain and flora came to uniquely illuminate the identity and need of love, its anticipation and idealization. Through the land-object collaboration I possessed a conduit of love. Through fields, subdivision streets, houses at swamp-side, ballparks and pine stands, my love of women screamed and nourished its irrepressible life.

Eclecticism is a feature of all my work. Figures as diverse as Pierre Reverdy, Charles Ives, Paul Klee, Scott Joplin, Andre Bret6n, Hank Williams and Adolph Wölfli have deeply affected my production. Although my most evident need is to write, I can't envision a tenable life without painting and composing. Not only are my mediums mutually informing; they are elements of the same invention.

Why is the composing of ragtime a component in my string of necessities? Because I perceive too much inventiveness, musicality and sheer love in the medium for it to be otherwise. I have written before of the piano rag's attraction for the composer who is excited by the challenges of amalgamation, and particularly for the thinker who thrills to the combination of various "vernacular" and "art" musics. But these interests, which I certainly entertain, provide no basis for my need of ragtime. I need it because of its insistent intimacy, because it affected me in early childhood as did nothing else, because it possesses a very particular poignancy that finds no other outlet. The attitude of ragtime is uniquely Romantic; it embodies a Romanticism without affectation or inflation. It is miniaturized, concentrated, fomenting. Ragtime is a child's Romanticism.

Ragtime can never be aloof or uncaring. It must trust you. Great ragtime compositions communicate an urge to share deeply, to know and to be known. However anguished the expression of a rag it does not culminate in evasiveness or self-protection. No pain-infused rag ever had a prayer of mocking or witticizing its way to safety. Grief is ragtime's negative mode, not cynicism.

How could I not compose rags?

This album is for Fred Dale, Steve Shepard, Reese Partridge, Andy Campbell, Larry Hoffer and the others who have so bravely devoured the poetry of the bottom lands with me.