An Album of Early Folk Rags 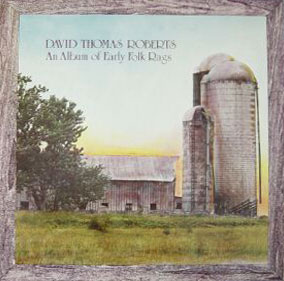 Of all the piano rag types now recognized, the folk or country rag lends itself the least readily to definition. Unlike classic ragtime, which was dominated by a prolific composer (Joplin) and a single-minded publisher (Stark) whose standards largely defined the genre, folk ragtime developed under no such guidance. Much of it seems to have been composed by people working in isolation or in contact with a few local ragtimers. While many of these rags were issued by major companies, others were preserved thanks only to small-town publishers; and while some of the latter sold well, it is apparent that a number of these were issued at their composers' expense with little hope of financial reward. Thus a figure like C. L. Woolsey may have had no qualms about publishing a rag as idiosyncratic as Mashed Potatoes or one as physically demanding as Medic Rag. It seems to be the variability of such material that has encouraged so much confusion over the term "folk ragtime," causing at least one observer to question its usefulness. May the following guideline remedy this to some degree and serve those who seek to formulate their own definitions:

But one question presents itself and, I expect will persist regardless of efforts to answer it: how can "rural musical origin" be precisely determined? It probably can't. In the case of early folk rags, we are too removed from the origins to sort out the components with absolute confidence, and in dealing with contemporary folk rags, the best of which reflect more recent folk/popular sources, one might question whether much material should be characterized as rurally derived or merely influenced by material bearing some nebulous rural connotation. And could the latter warrant the publication of the term "folk rag"? It is doubtful that most meticulous motivic, rhythmic and harmonic breakdown would yield certainty of the folk type's identity for everyone, let alone a definition with which all would agree.

Folk ragtime has always been less trendy than other ragtimes. A high percentage of the folk rags published after 1905 and even during the teens scarcely reflect the development of popular music after the advent of published ragtime. This is not to suggest that the folk rag is a closed form – it provided and continues to provide some of ragtime's most inventive and flexible outlets – but rather that it flourished in the framework of its own tradition, which was not so susceptible to the assimilation of changing characteristics of the mainstream. This independence is inherent in the folk rag's nature.

The most obvious element of the folk rag's homespun distinctiveness is its predilection for the unconventional. "Improper" part writing procedures, parallel octaves and fifths, unpredictable key changes and strains comprised of odd-numbered totals of measures (instead of the usual 8, 16 or 32) are frequent in folk rags. Whereas classic ragtime evinces respect for the basic rules of part writing (even in the case of James Scott, who occasionally strayed), there is often no such concern in the works of folk composers. Undoubtedly, unawareness of these rules was responsible for many instances of unusual writing. But this removal from classical expectations is not necessarily a handicap, as the open-minded listener discovers; some of the most beautifully conceived writing in ragtime is found is such "ingenuous" pieces, compositions which someone working under the control of European-derived taste would not likely have written.

Folk rags are capable of dispelling as forcefully as classic rags the provincial notion that ragtime's mood palette is limited. The best of these pieces are intense and demanding listening experiences, forcefully engaging in their expressions of pensivity, wistfulness, carefreeness, irony, jubilation and anguish. They comprise a body of music no "lighter" than the Chopin Mazurkas.

All of the rags presented here are obscure and underplayed by the standards of familiarity now accorded classic ragtime. While some of them are internationally available in reprint, Teddy in the Jungle, Texas Rag and Mizzoura Mag's Chromatic Rag are about as unknown as works can be without being lost. But folk rags are now performed with greater frequency and by more performers than since the early ragtime days. The prospect of composing in the folk vein is becoming increasingly attractive to young ragtime writers, as evidenced by the music of eighteen year-old John Hancock of St. Louis. At last the quintessential art form of down-home America is being recognized and loved.

Special acknowledgement is due Trebor Jay Tichenor, without whose uniquely distinguished research many folk rags and much information concerning them would be unknown, if not lost.