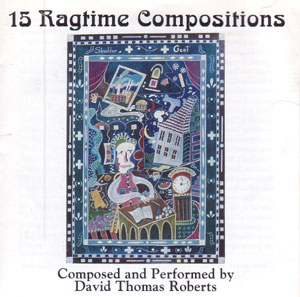 Since early childhood I have been writing, painting and composing. I remember no time when my identity was ambiguous, my goals uncertain, or my inclinations unrevealed. I did not identify with people around me but with "historical" figures. The assumption that I was akin to people whose acts were preserved in books and that I, too, would enter the encyclopedias seems to have always been with me. I felt estranged from children and adults, especially the former, and remained disappointed in both. The anguish of school life was a force that has persisted in affecting my associations with all people.

Moss Point is a paper milling town on the Escatawpa River just off the Gulf coastline. There the coastal marsh and savannah meet river swamp to compile a roaring dictionary of greens. Bordering this network are pockets of the vast pine forest that overspreads south Mississippi. To the north, along the Pascagoula River, stretches one of the few intact major river swamps in North America. Southeast of Moss Point, on the fringe of the terrain that melts into bayous and open water, is the village of Kreole; to the southwest is the port and shipbuilding center of Pascagoula. In this collage of vegetation, industry and shoreline, I was born.

One of my most reassuring associations with Kreole and Moss Point is the memory of late night beeping and clacking of the paper mill as I lay on the verge of sleep. Moss Point. . . that sad river town with its boxcars, shrimp boats, tangled foliage, half-cleared lots and loneliness whose somber lyric goes on quavering in my dreams, on desks, in pianos, and windows...

I have always been moved by props, more than by the activities for which they were devised. All objects are fair fodder for an imagination unrestricted by conventional socialization and decorum. An inanimate assembly, free of the visibility of its arranger, intimates mysterious experience of the type that preoccupies me. The untranslatable intrigues voiced by isolated or shut-down communities, remote dwellings, lost articles, farm equipment or construction machinery unattended, warehouses, railroads, factories, the props of the highway... such images are central to my life. They are carriers of the most urgent mysteries and evocations; they are vehicles of dire longing.

I have frequently pretended to love objects more than people. There have been many favorites--road signs, Victorian buildings, gravestones, UFOs, devices of punishment (I owned a full-sized, functional guillotine and stocks which were displayed in the yard when I was eleven), wind stockings, and many others. "Utilitarian" artifacts even more than "art" objects received attention that, under other circumstances, could have been claimed by humans. Structures in conjunction with terrain came to uniquely embody the identity and need of love for me. Through the land-object collaboration I possessed a conduit of love. Through fields, ballparks, subdivision streets, pine tickets and houses at swamp-side, my love of women screamed and fought to nourish its irrepressible life.

It was the shattering clash of sexuality with the self-image and values of my childhood that dominated my first worthwhile paintings, writings and compositions. This conflict, which I never expect or intend to see resolved, reinforced my early-acquired notion that beauty and preciosity are intrinsically tragic. It was against this backdrop that ragtime, which I had loved years earlier, was re-projected into my life at age sixteen. And it was in ragtime, as I listened, learned, experimented and dreamed here in Moss Point, that I recognized such trusting utterance for that confluence of anguish and innocence.

It was at age seventeen that I fully absorbed the tenets of surrealism as outlined by Andre Breton and began to practice them as a poet. About a year earlier, exposure to Dylan Thomas had set free my relationship with words, showing me that certain seemingly remote associations appearing conjunctively yielded the possibility of hinting at everything I had dreamed of voicing. At that time I also encountered the work of Pierre Reverdy, the Cubist poet and precursor of surrealism whose tone so affected me that I have never sought to distance myself from it.

It was some years later that I read of James Dickey's call for "country surrealism." My reaction was that I had personified such a designation.

Though the identity of my present visual art language had manifested much of itself in my early to middle teens, it was my discovery of the book Outsider Art by Roger Cardinal in 1975 that, while affirming my oneiric predilections, jolted me toward an even more "aberrant," anti-rational, anti-social mode, a ruthless frontiersmanship of the oneiromantic wilderness. The visionary utterance of such socially deviant artists as Adolf Wölfi, Heinrich Anton Müller and Friedrich Schröder Sonnenstern would henceforth remind me of stances and standards I would do well to regard as variations of my own.

My land obsession thrashes in acceleration. More than ever I'm driven by oneiric salvos of terrain and its loneliest accoutrements. For a terrain wrangler, the man-land romance is the unassailable thriller, the unwavering surcharger en route to mystery upon mystery. From the piney-macabre roads curling around Vestry, Mississippi, to the bristling, scrubby, shack-and-trailer-flung ridges of the eastern Missouri Ozarks, to the Magellanic lostness of eastern Colorado's plains and the Rocky Mountains' leering stands of lodgepole pine, I am collecting vessels of transcendence, my enduring citadels.

Ragtime. Here is the musical medium ideally designed to reflect both the legacy of romanticism and the folk consciousness of the Americas. Sporting a concentrated structure that should appeal to any classicist, it may dare to tackle utterance as personal as Schumann's while acknowledging collective voices as naturally as do Foster and Gottschalk. As I have written elsewhere, the piano rag is limited only by the mind of its practitioner. In such pieces as For Molly Kaufmann, in which the non-developmental rag structure is gently overturned or left behind at crucial points, I have tried to pioneer a hybrid whose limitations will be defined as other composers hone their ragtime visions. I am now 38 years old. I have been working as a ragtime composer for over half my life. It is now clear that my devotion has not been to a medium that serves as a mere alternative to other art musics; I have been blessed to participate in the development of the New World art music of today.