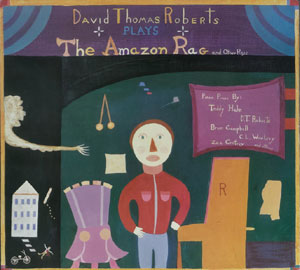 One of the most influential figures in my life, Edgar Allan Poe, wrote in the introduction to his collected poems: "For me, poetry has not been a purpose, but a passion." For me, ragtime has been a relentless passion. Though it is only one of my many creative vehicles, it is inseparable from me and so rootedly fixed in my consciousness that I balk at envisioning existing, or ever having existed, without it. So strong is this bond that I have been led to imagine it as a pre-experiential force predating my birth and perhaps even the existence of ragtime.

This album is a diverse collection of compositions from eight decades and is the last of three Stomp Off LPs to be based upon my sessions of June-July, 1981 at York College.